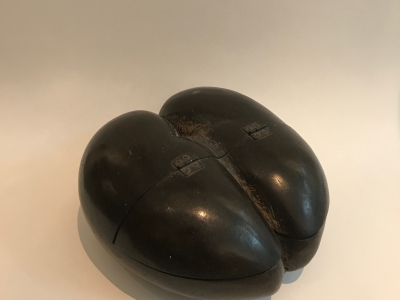 Coco de Mer, coconut of the sea. This nut is endemic for the Seychelles. When it’s hollow and ends up in the sea, it drifts a long way. This is how the nut was found in the Maldives where it was considered as very valuable. It was used as a trade currency and as medicine. Sailors, who say this double coconut in the sea for the first time, imagined the saw a womans bottom drifting. People thought this nut grew on a mythical tree at the bottom of the sea. The coco the mer has the biggest seed of all known plant species. The fruit needs 6 to 7 years to ripe. 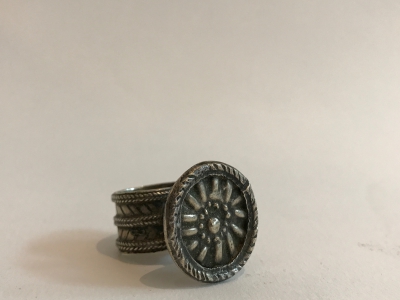 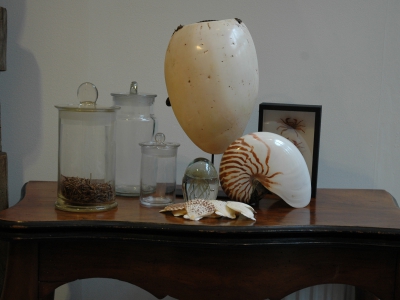 Pakol, Nieuw Guinea, Mendi, approx. 1960. The pakol is worn by men and women on the chest during special ceremonies. 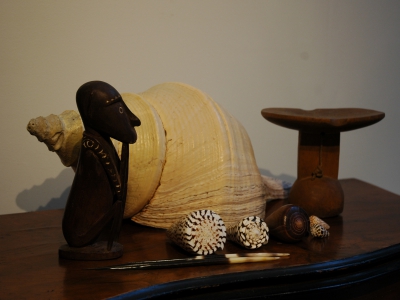 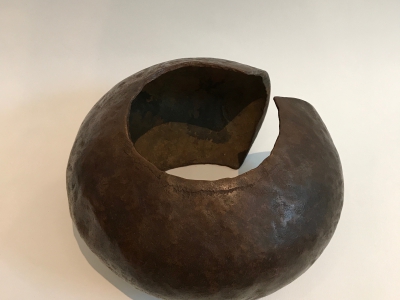 Ankle band, Mbole, DR Congo, mid 20th century. Mbole use this bracelet as a currency for important transactions. Its assumed that they were mainly used as ‘bridal money’; not only as a gift between two families, but also to settle down arguments that may play a part in the choice of a marriage candidate. 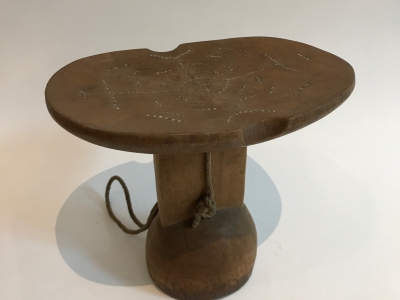 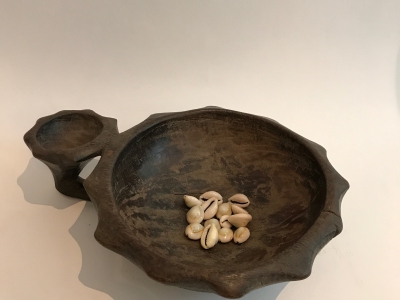 Bowl Duyu, Philippines, Ifugao
First half 20th century. The duyu is a ritual bowl, usually used for rice wine, that in abundant amounts was consumed at certain rituals. The intoxication helped the priest to reach an alternative state of mind, in which ghosts could take possession of him. This bowl has also a smaller dish at the side, which might indicate that is was also used to serve food. 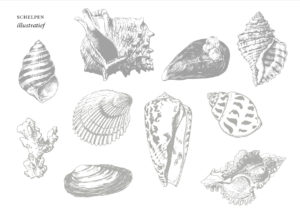